Offices for schools in the Kou Valley

Since 2015, Burkina Faso has been caught in a spiral of violence attributed to armed jihadist groups.
This conflict left at least 2 000 dead and nearly 2 million displaced out of a population of 21 millions.
This insecurity and violence affect the entire Sahel region in the north and extend to the whole country, directly impacting the lives of millions of people, forced to abandon everything and flee. flee so as not to die.

These farming families were forced to leave their land, their only means of subsistence, in the face of cattle rustling, looting of homes, kidnapping of relatives and executions.
In this new school year 2022, nearly 500 displaced children have been welcomed, complicating the organization of already overcrowded classes. These children are sometimes seated on the floor facing the blackboard. Students bring their old clothes for their classmates or contribute to pay for a pair of shoes...
With a state in near bankruptcy and repeated coups, parents' associations have asked the ADVK to renovate 75 table-benches that will improve the material conditions of learning and teaching.

An estimate has been made with the welder and the carpenter of the city of Bama.
The estimate of € 550 should enable the 75 table-benches to be repaired.

n Burkina Faso, the school space is still, nowadays, most often open, and its delimitation is not materialized.
In rural areas, the crossing of the school grounds by individuals or livestock is frequent, whether during school hours or not provoking accidents and preventing the development of the school yard. For this reason, fencing is often one of the first demands of school principals or teachers.

Construction of an 800 m perimeter wall around the 3 primary schools with 1,500 students.
In order to limit costs and the environmental footprint, it was decided to build the brick wall of compressed and stabilized earth.
The brick is compressed with a manual press of the CINVA-RAM type designed by engineer Raul Ramirez in 1952 in Colombia. Stabilization with 3 to 5% cement increases the resistance of the blocks to compression, erosion and the harmful effects of water.
Land is an abundant and renewable local resource. Manual compression does not use fossil fuel (without cooking) and the small amount of cement used limits CO2 emissions.
On such a site, the use of earth bricks saves around 30 tonnes of CO2 (The equivalent of the annual emissions of 6.5 French people or those of 150 Burkinabés).

The press was built in France and transported in a container on site.
The test phase should start in January 2022 with the construction of a low wall before the start of the 2022 rainy season (April-May) to test the resistance of the bricks and the construction technique with this type of brick.
If the low wall test is conclusive, work on the perimeter wall of the schools should begin in early 2023. 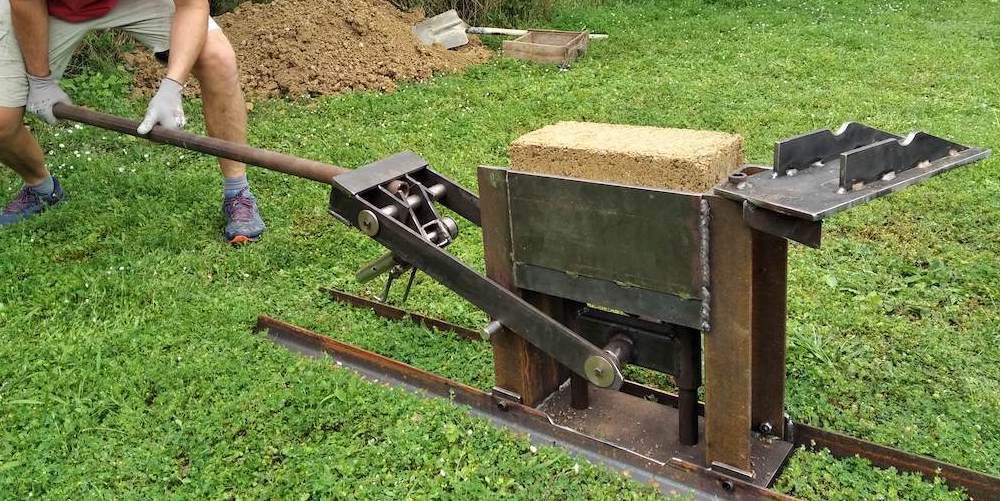 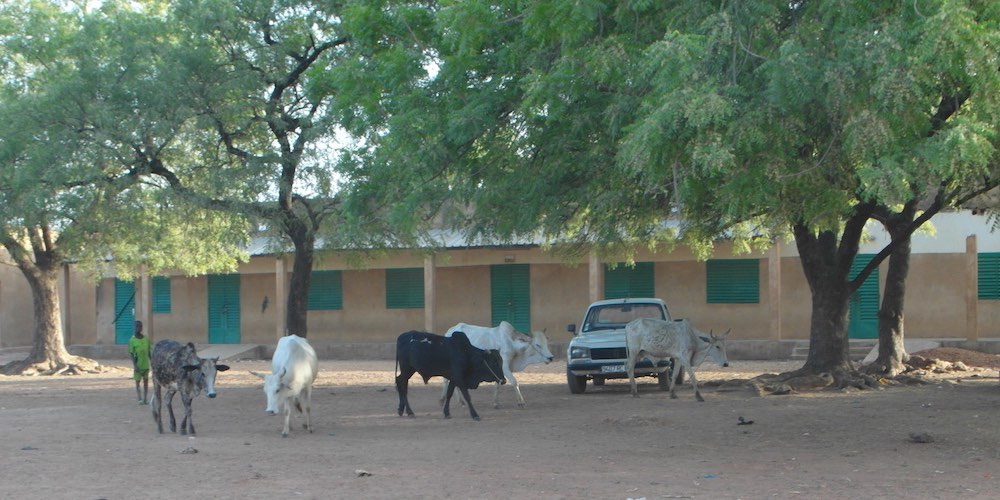